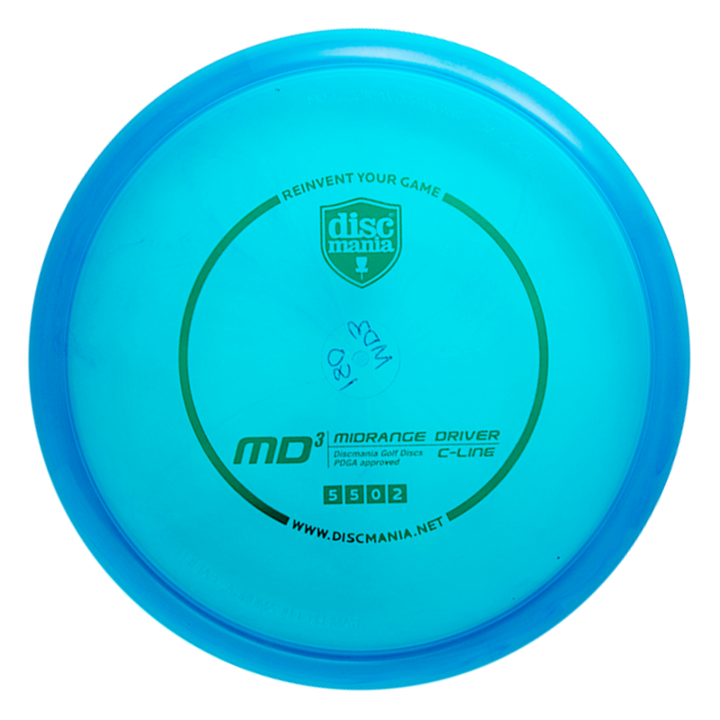 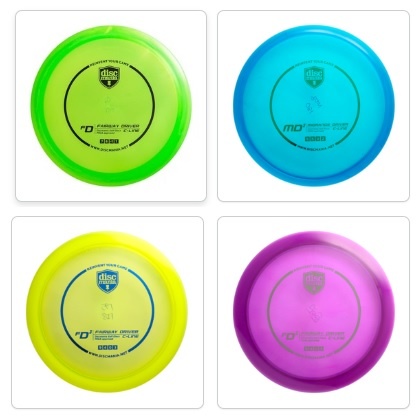 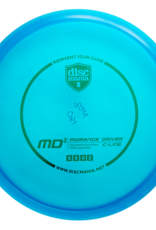 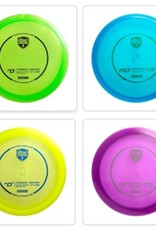 *Please note that discs and disc prints may vary in color

The CD2 is a disc for those hungry for control. It doesn't get too flashy with a lot of turn and fade like many distance drivers out there, but on the contrary it can hold a line and still bring you the distance needed to cover most fairways. The CD2 is actually a pretty close relative not only to the CD, but also to our praised speed 10 Power Driver, the PD. Out of the box you will see the CD2 perform a lot like a seasoned PD, providing you with enough stability to conquer most headwinds and a reliable low speed fade that takes you underneath the basket. For the less powerful players the CD2 can easily work as the most overstable driver in the bag, while the majority of players can trust the CD2 as their main driver in a wide range of situations.

The Discmania MD3 is a reliable and versatile midrange disc, which in its different weights can be used to fill all midrange needs of an average player. It has a sleek profile that is easy to grip even for those who have experienced problems with midrange discs before. You can rip this disc hard, which makes it perfect for controlled medium range drives too.

Pro Tip: We're on the second run of the MD3 and we made the disc a little more firm and flatter which in turn has made the disc more overstable when new. After a fair amount of time this run of the MD3 retains it's high speed stability but starts to have a smaller fade. Every player on the course can benefit from the control and precision of the MD3. We highly recommend giving this disc a shot to fill your midrange gap.

The Discmania MD2 is a midrange disc that is very versatile for both recreational players and touring pros. Straight flying, stable, quick and accurate - these discs will hold whatever line you put them on. Because this disc is slightly less overstable than the MD3, players find this disc useful for straight medium range drives as well. The C-line version is the most popular among top pros.

Try our newest run of C-LINE MD2s. This is a new run that was released at the end of 2014 in a firmer C-LINE material. this re-tool has a higher dome, less of plus molded rim and has been found to be more overstable than previous runs.

Flight tip: This midrange disc starts out fairly overstable, but when it breaks in and starts to straighten out while still remaining high speed stable. In other words it keeps it's flight characteristics in the beginning of the flight and finishes straight rather than fading out at the end of it's flight.

The Discmania FD (Fairway Driver) is a very controllable low-speed driver - a tool everyone needs in their bag. Once you learn its magic, you'll never take it out of your bag. Packed with gigantic glide, this bad boy is also sneaky long if thrown accordingly. The FD is at its best when you need to make an accurate drive and land smoothly on the fairway.

The FD3 is our true workhorse fairway driver. Featuring a low profile, blunt nose, and concave inner rim, this is the disc to get things done. It can be trusted to handle crazy amounts of wind, forehand shots, thumber/tomahawk, and snappy backhand throws from even the strongest arms. Every player needs one of these in the bag for it's sheer reliability and durability. Grab control of your fairway game and check out the FD3 today.

Pro Tip: This run is flatter than most. Given the even lower profile, these FD3's feel a bit thinner in the hand, giving you even more comfort and trust when reaching for it again and again. Granted they are not board flat, these FD3's are exactly what anyone needs in their bag. All of which are slightly gummy, but just the right amount. 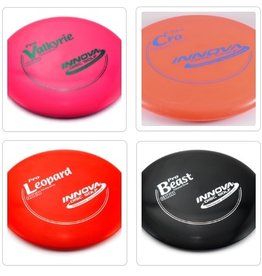 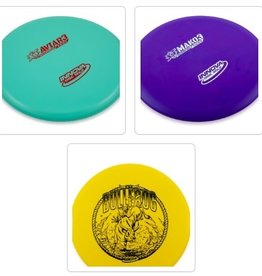 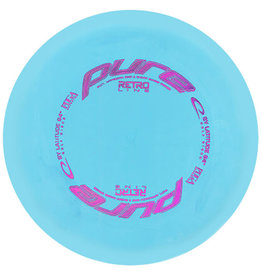